Gray Chenier Couture House was started by Stephen Allen, a hard working, self taught creative whose inspiration stemmed from fashion icons Lee Alexander McQueen and Gianni Versace. A lifelong admirer of fashion, the North Carolina native has recruited an all-star team to bring his vision to life. Having spent countless hours studying the craft of creating beautiful men’s and women’s wear, Stephen is dedicated to making dreams come true through hard work, teamwork, and community. The designs are beautiful works of art and guaranteed to bring new life to the fashion industry. Today, Gray Chenier has some of the most unique, beautiful, hand-sewn products with leather from Italy, hand sewn leather tags by Santana Creative, and years of passion, collaboration, and love for fashion in every stitch.

Gray Chenier is a Couture House and high-end fashion design company by designer Stephen Allen. A life long lover of fashion, the Raleigh, NC native takes his inspiration from Lee Alexander McQueen and Gianni Versace, lovingly doing a lot of his own pattern cutting and sewing to bring out the beauty and detail of his designs.

Stephen got his start rooting through thrift shops, finding his favorite items and dissecting them to understand how patterns were made. By pulling apart hundreds of articles of clothing, he slowly developed an expertise in patterns. He would use a very old Sears Kenmore sewing machine that was given to him by his grandmother to create his first pieces.

Stephen began frequenting his friend Kim’s alteration shop in North Raleigh, where he shadowed her as she worked. He would go home, cut a pattern and bring it back to sew under her supervision, getting a little better every time. He spent the next year obsessed with drawing and cutting patterns, burning his way through several sewing machines in the process. It wasn’t ever easy, but he soon had the skills he would need to launch his brand.

Leather was the next frontier for Stephen, as he became fascinated with the material. With his rapidly advancing abilities, he was able to handle the high- pressure world of leather sewing with the guidance of Yuri and Robert Santana at Santana Creative Leather Care. They loved his work so much that they agreed to train him and his assistants if needed. Soon after, Stephen met Michael IJI, a designer of men’s shirts who opened his shop to him free and clear. He gained invaluable knowledge of how clothes were sewn and manufactured, he then moved onto the world of draping dresses which became Stephen’s biggest passion.

Stephen is most proud that his unique fashion designs have motivated others in ways beyond his imagination. His story has inspired aspiring designers to contact him to ask about his work. He fondly recalls a young girl from Canada asking him to be her fashion mentor, and how he was able to set her on the path to achieving her dreams. He calls it the best feeling in the world, short of seeing someone wearing one of his designs.

As the company continues to grow, Stephen is committed to staying grounded and humble, holding true to the principles that allowed him to be so successful in the first place. He could have never done it without all his friends, collaborators, and supporters.

“If I can do it, so can you,” Stephen says. “It all starts as a dream, but if you’re willing to put in the work, any dream can become a reality.” 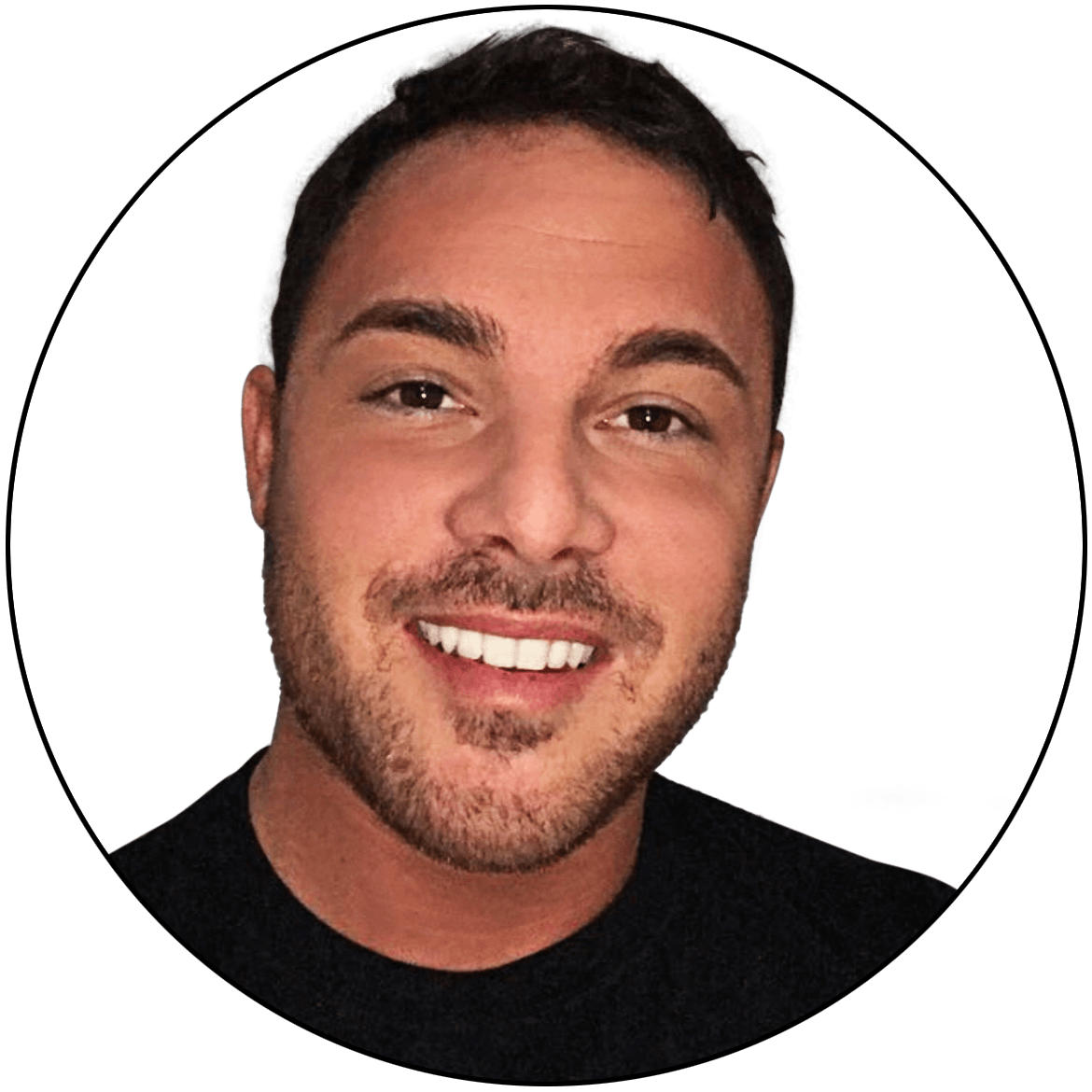 Tony Infantino comes from an Italian family that relocated from Sicily, Italy to the US after World War II after his grandmother accepted a seamstress job. Born and raised in Rochester NY, the Vice-President and Director of Operations graduated with a BS in English from Buffalo State College in Buffalo NY. After graduation, he accepted a teaching position in North Carolina and loved searching for new ways to help students connect with their learning process. Tony hired a local educational travel company to help plan field trips to help his students learn beyond the classroom. In addition to providing great educational experiences on the trips for his students, he realized that he wanted to give more to his occupation. Tony began working in the sales department for Holbrook Field Trips and quickly moved up the ranks to Director of Sales. His passion for teaching blended well with his ability to sell to his customers. It was in this position that he learned about business and honed his skills to be a leader in his field.

Stephen Allen and Tony Infantino met at a retail clothing store in 2005 and have been friends ever since. In June 2019, Tony met with Stephen to witness the clothing he was creating out of his living room. During their meeting, Tony was offered a position to handle the business end of Gray Chenier, a new couture house that Stephen was creating.

Today, Tony is working on finding factories for mass production, meeting with models and photographers to plan future shoots of their new line and putting together a game plan for showcasing Gray Chenier in future fashion weeks. “I’m excited to see where we can go and love working with others that are passionate about the fashion world.” 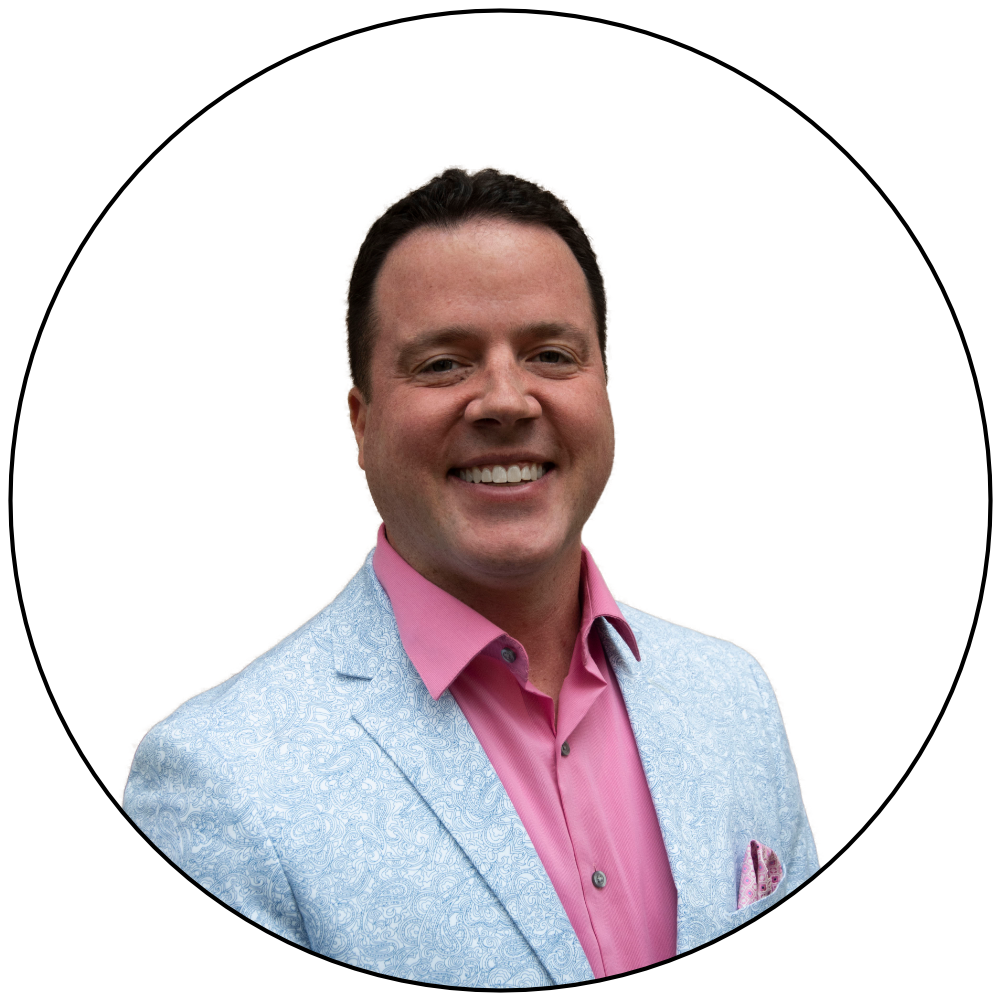 Jason was born and raised in New Haven CT. Jason’s first exposure to fashion came from the Hip Hop culture that was quickly growing. He noticed the rappers as he watched the videos and was fascinated how they were dressed. It was fun for Jason to emulate these fashion statements with his friends to see who could get “fresh to death”. He would beg his parents to buy $100.00 sneakers and matching sweatsuits. His mother had great fashion sense and passed that on to him by suggesting outfits. He would get a lot of compliments, and it made him feel good. He remembers seeing old pictures of his dad dressed in suits and trench coats and gold chains that were fashionable during that time. It inspired him to want to dress like that. Both of his parents facilitated in the development of his fashion love and sense of style. It became his passion. By the time he entered high school, he was definitely starting to take a real interest in fashion, the details in wearing a suit, from lapels pocket squares, loafers, drivers, and ties. Jason learned about high-end fashion labels and back stories from the GQ and Esquire books he collected. He met Stephen Allen in the gym and began a conversation with me about how he designed clothes. Stephen showed his “Gray Chenier” couture pieces and he instantly loved them. Soon after that, he was asked to collaborate and he hasn’t left his side since.

“Fashion is my Passion” 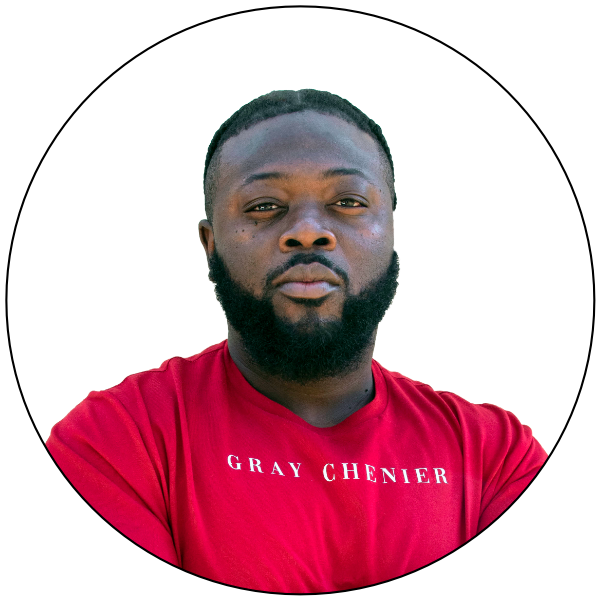 Craig was born and raised in Raleigh, North Carolina, where he attended local Raleigh area schools and subsequently studied Database Management. While attending Middle School Craig met Jason Corey and the two instantly connected on music, culture and most importantly, fashion. Fast forward 25 years later in 2019, Jason introduced Craig to Stephen and Gray Chenier where he instantly fell in love with the craftsmanship of the couture, quality of the material and focused vision for the brand. Professionally, Craig has nearly 20 years combined in Supply Chain and Visual Merchandising. Roles have included Warehouse Management Systems, Market and Demographic Analysis, New Store Development and Design, Procurement and Design Analyst for store fixtures as well as Vendor Relationships. Craig shares an interest for the entire process, from product conception, design and manufacturing, to product placement based on demographic and economic analysis. 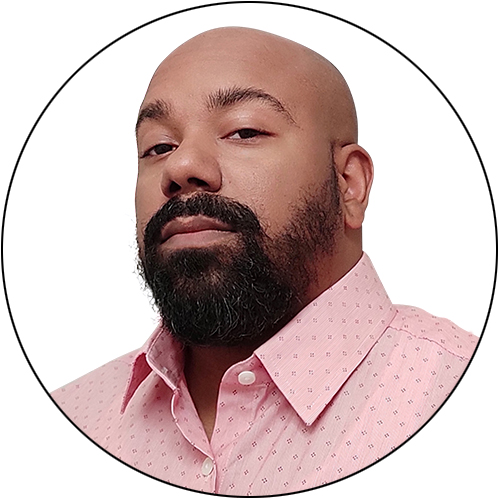